President has been a part of canal history for over 100 years as both a working boat and a restored steamer. click the headings below and delve into President’s history and learn more about this historic vessel.

President was built as a steamer in 1909 at a cost of £600 at the Fellows, Morton and Clayton’s company dock at Saltley, Birmingham; and registered on the 23rd June.

Most cargoes were valuable ones such as spices, tea, wool, cheese, soap, sugar, wheat, barrels of beer and spirits, tinned goods and even bedsteads and bicycles.

The specially developed compound steam engine and coke fired boiler took up much valuable cargo space. Steamers could carry only 18 tons compared to over 25 tons in a horse drawn boat.

In 1925, President had boiler and engine replaced by a 15 horse power Bolinder diesel engine and returned to the FMC fleet as a Motor Boat with carrying capacity increased by nearly 8 tons and the newly introduced colour scheme of red, yellow and green.

New routes and cargoes took President to Ellesmere Port, Liverpool and Manchester before she was sold in 1946 to the Walsall based coal carrier Ernest Thomas.

President was resold to George and Matthews of Wolverhampton to carry coal in 1948, the year in which canals were nationalised. President ended her working days with the British Waterways northern maintenance fleet based at Northwich working on the Trent and Mersey, Macclesfield and Shropshire Union Canals.

In 1973, President was purchased from the British Waterways Board by Malcolm Braine and Nicholas Bostock for the sum of £1513.60 Including 10% VAT along with four other narrow boats.

The hull was in a sad state, half submerged and stripped by vandals of everything of value, the woodwork of the cabin rotting away, platework corroded and rusted where exposed to the ravaged of the polluted and highly saline river water, yet the once proud name ‘President’ could just be discerned on the cabin sides

By July 1976, the restoration of President began and in 1977 the ‘President Steamer Company’ was founded by Nicholas and Malcolm with the objective to restore President and to keep it in commision with the help of sponsorship, advertising, film work and the carrying of simple cargoes.

The restoration included the replacement of the elm bottoms, a new oak keelson, new gunwales and a new cabin built to steamer dimensions fitted out in the traditional manner with a steal section over the engine room to allow the boiler to be installed.

All original FMC steamer engines and boilers had been scrapped and so alternatives would have to be sourced. The boiler came in the form of a 1928 Muir and Findlay salvaged from steam boat ‘Leviathan’. This boiler was a horizontal, coal fired “Scotch” return tube marine unit, a near replica of the Ruston-Proctor boiler used in the original boats. As none of the original engines remained, building a replica engine was considered, however this would of been highly expencive so a vertical, two cylinder Rowhedge engine was bought.

The main work of restoration was completed in 1978 and a test satisfactorily run on 11 th April of that year on the Cannock Extension from Norton Canes to Pelsall Junction and back. Work resulting from the test run together with finishing details were completed by August 1978 and the boat was at last ready for its maiden voyage. Restoration had taken over four
years at a cost exceeding £15,000 – twenty five times the original figure for building the boat.

President made various trips around the country, including several visits to the Black Country Museum, but by 1980 operating costs were proving to be far higher than expected and the boat was eventually listed for sale in ‘FUNNEL No 20, the journal of the Steam Boat Association. In 1982, President was bought for £19000 by the Black Country Museum and West Midland County Council.

President was bought by the Black Country Living Museum in January 1983. Friends of President was formed in October 1984 to assist in the operation and maintenance of this unique vessel. In 1990 the Muir and Findley boiler was replaced by a Cochran dryback return flue boiler.

In 1991, Friends of President recreated a fly run with President with fellow ex-FMC Steamer Vulcan used a support boat from London to Braunston to raise money for the Inland Waterways Association and FoP.

In 1992, the main event for FoP was the “Big Food Run” with the objective to collect tinned food for the St Laurence Childrens Hospice, in Romania. It was held in conjunction with the charity Romania’s Childrens’ Aid and the British Red Cross. An estimated 7 tons of tinned goods were collected!

In 1993 another fly run was organised, this time with the newly aquired butty Kildare in tow. This time from London to Braunston and then onto Gas Street Basin in Birmingham

During 2001 to 2003 President underwent a major refit, with new steam engine and pipework, new cabin and major hull repairs. The new engine came in the form of a single cylinder 15hp engine built in the 1950s by Sissons. Originally built for training purposes, the engine was essentially new and while not the original FMC engine, this is similar and suited the needs of President perfectly.

In 2005, President was used to transport three cast iron columns and two cast iron arches, all replicas of those used in the Crystal Palace, from the BCLM to South Dock Marina, London.

In 2009, President celebrated her centenary at the BCLM and a book was published, “The First Hundred Years”. A Centenary fly run from the FMC Warehouse, Birmingham to Braunston Marina, was completed and on arrival Happy Birthday was sung in honour of President.

In 2012, President joined a flotilla of boats for the Queens Pageant in which President represented Staffordshire before carrying the Olympic torch for the 2012 Olympics as the torch passed through the Black Country Living Museum.

In 2016, The Boiler was removed from President for its 10 year inspection and overhaul, unfortunatly on close inspection it was found to life expired. Efforts are currently underway to get President back into steam. 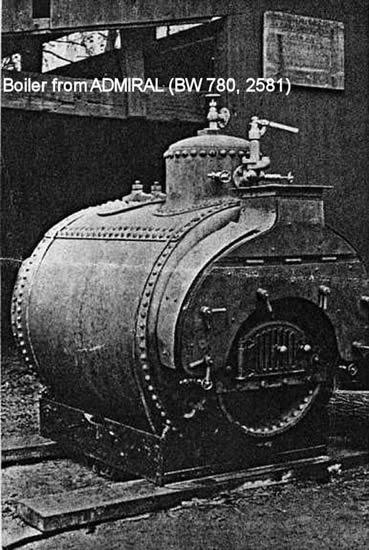 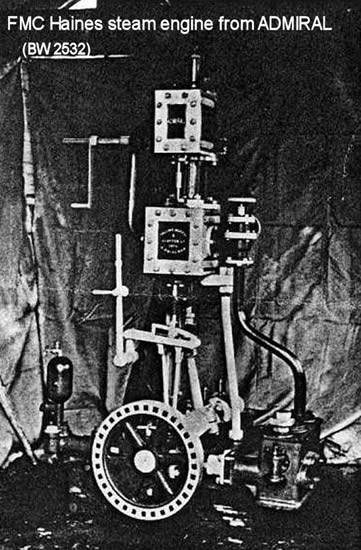 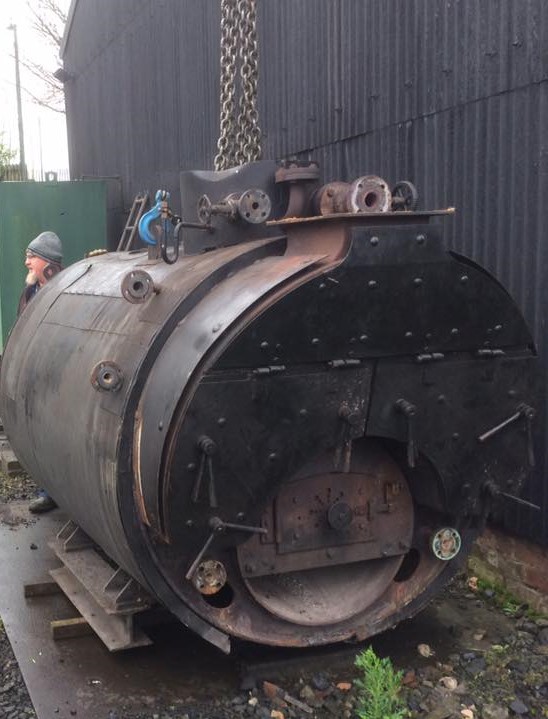